Dead critters and wildlife is part of our natural ecosystem. Unfortunately critters don't always die in the wild. Wounded geese in the lawn, dead deer in your front lawn, decaying mice in the attic, dead squirrels in the wall, and dead?raccoon's?under your crawl space are always possibilities. If animals are found dead outside in the lawn it should be disposed or buried immediately. This will prevent the decaying process and keep maggots and flies off your property. If you have a dead animal inside your home, in a wall, or in the attic you have a larger problem at hand. If you can't locate?where?the animal is then you will end up with a decaying animal smell in your home. Often times you will begin to notice flies around areas where the animal died as well. 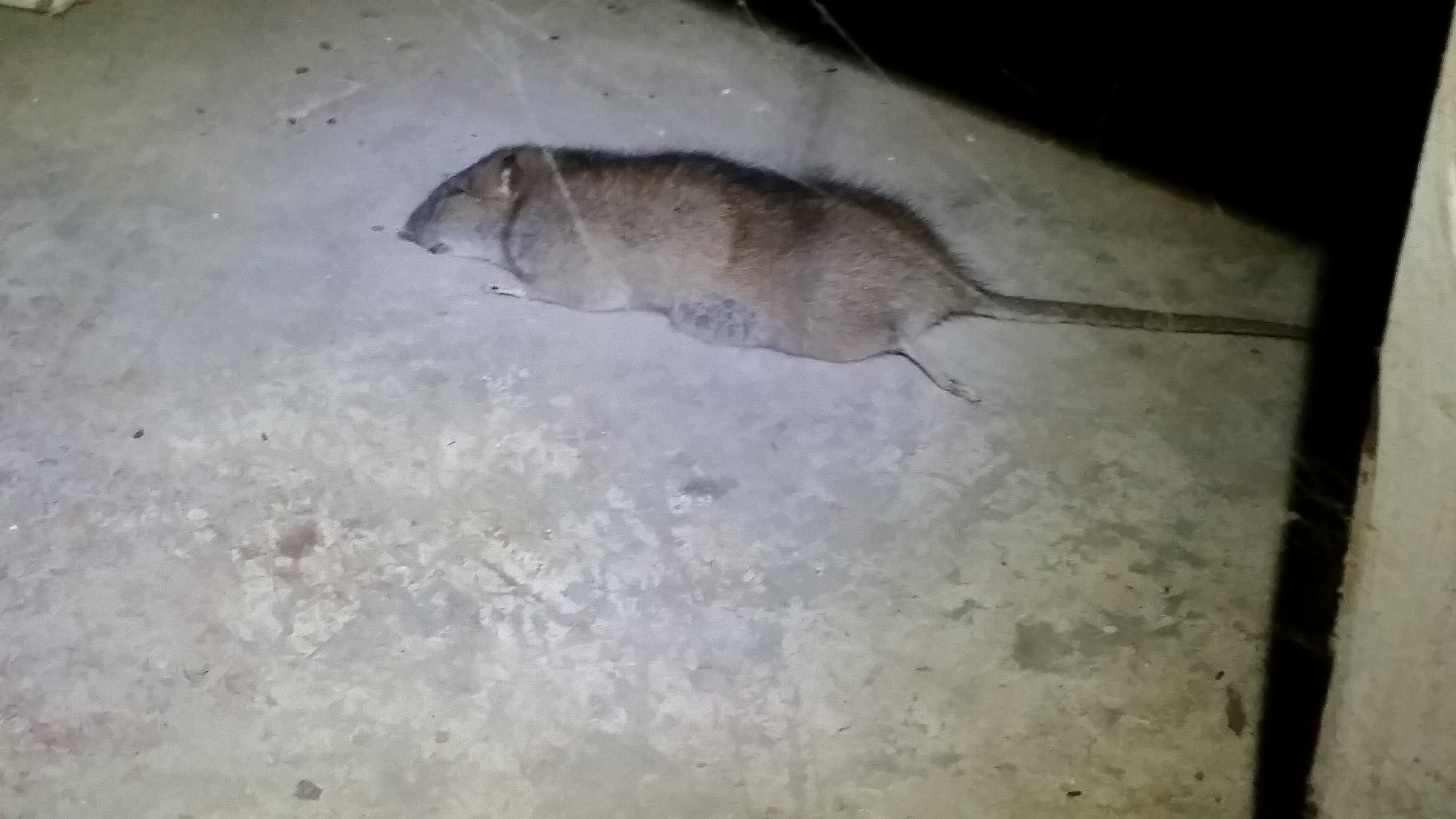 Signs You Have A Dead Animal In The Wall or Attic

I Have a Dead Animal in The Wall

I Have a Dead Animal in The Wall

Sometime it takes an experience professional to get rid of dead animals from your home, wall, or attic. Dead animals in the wall and attic are often very hard to find. There are steps and techniques we use to find them. The most obvious technique used is by sniffing around and using your nose. Once you locate the dead smell start cutting right? Not exactly. If there are dead animals in a wall or ceiling you may have to cuat a hole to get rid of the dead animal. We use inspection scope cameras to locate the dead critter. We can cut a 3/4" round hole in between your studs and scope each stud to find the problem animal. These holes are very easy to fill and patch up.

I Have a Dead Animal in the Attic

Go into the attic and get the animal right? We wish, but not so easy. Sometimes you have to sniff around and find where the animal has died. A lot of the time they die underneath the insulation. Excavating the insulation and and moving it around is a chore, but necessary to find the dead animal. Some attics filled with dead mice or rats caused by rat poisoning may be a larger chore at hand. A job in Shelby Township, MI we have actually had to remove all of the?insulation?out of the attic to find all of the dead mice. A company came out and filled the attic with rat poison and it killed all the mice, but they all died in the attic. Anticoagulant mice poison is?supposed?to dehydrate the rodents and force them outside to find water right? Not the case. It actually can be a slow dying death. Poison can take up to 14 days to kill off the animal. Most of these don't know they are dying until the poison gets into their system and it becomes too late. Now you have a dead animal in the attic. We always recommend the?poison free method?for removal. 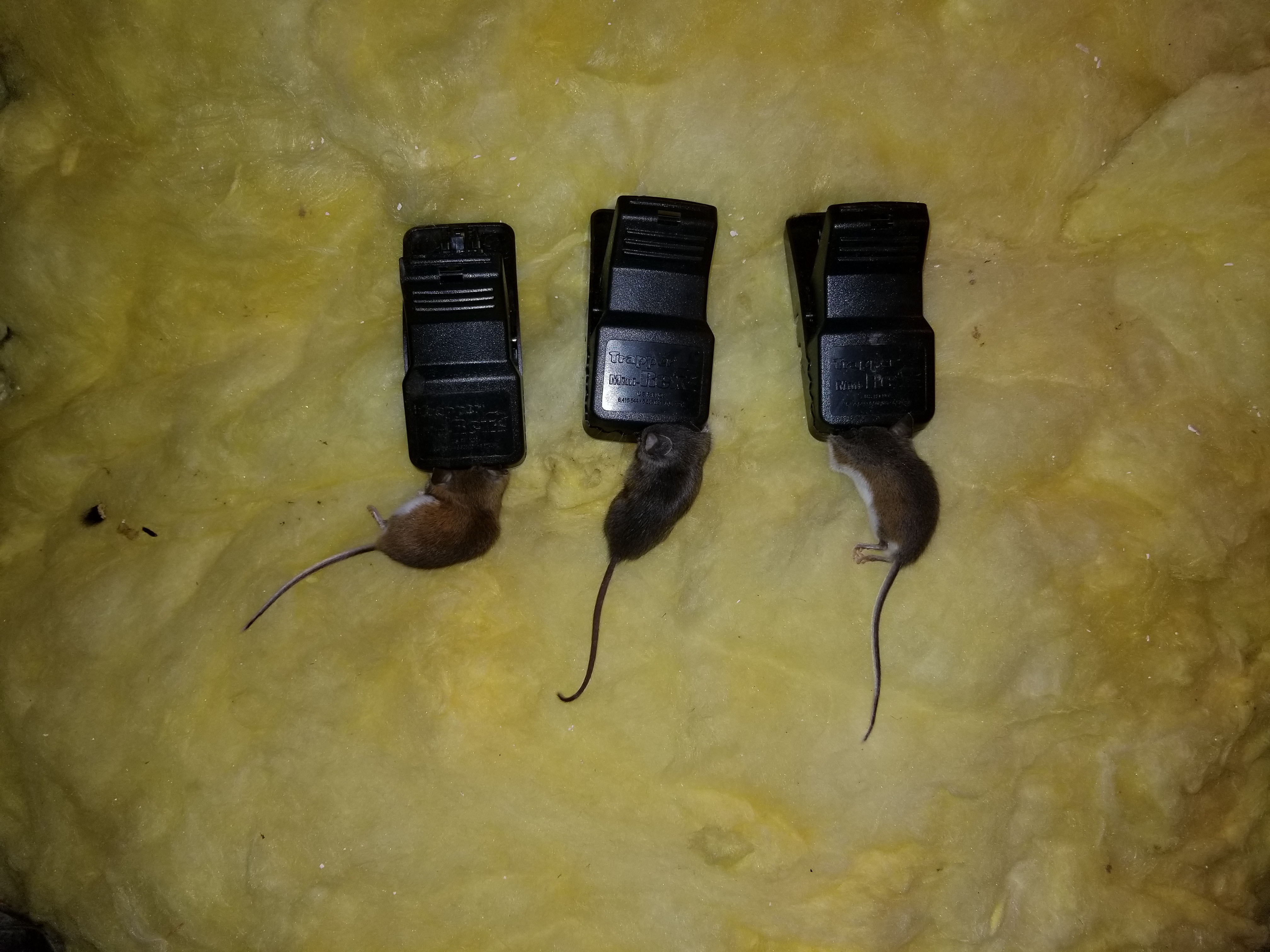 I Have a Dead Animal in the Crawls Space 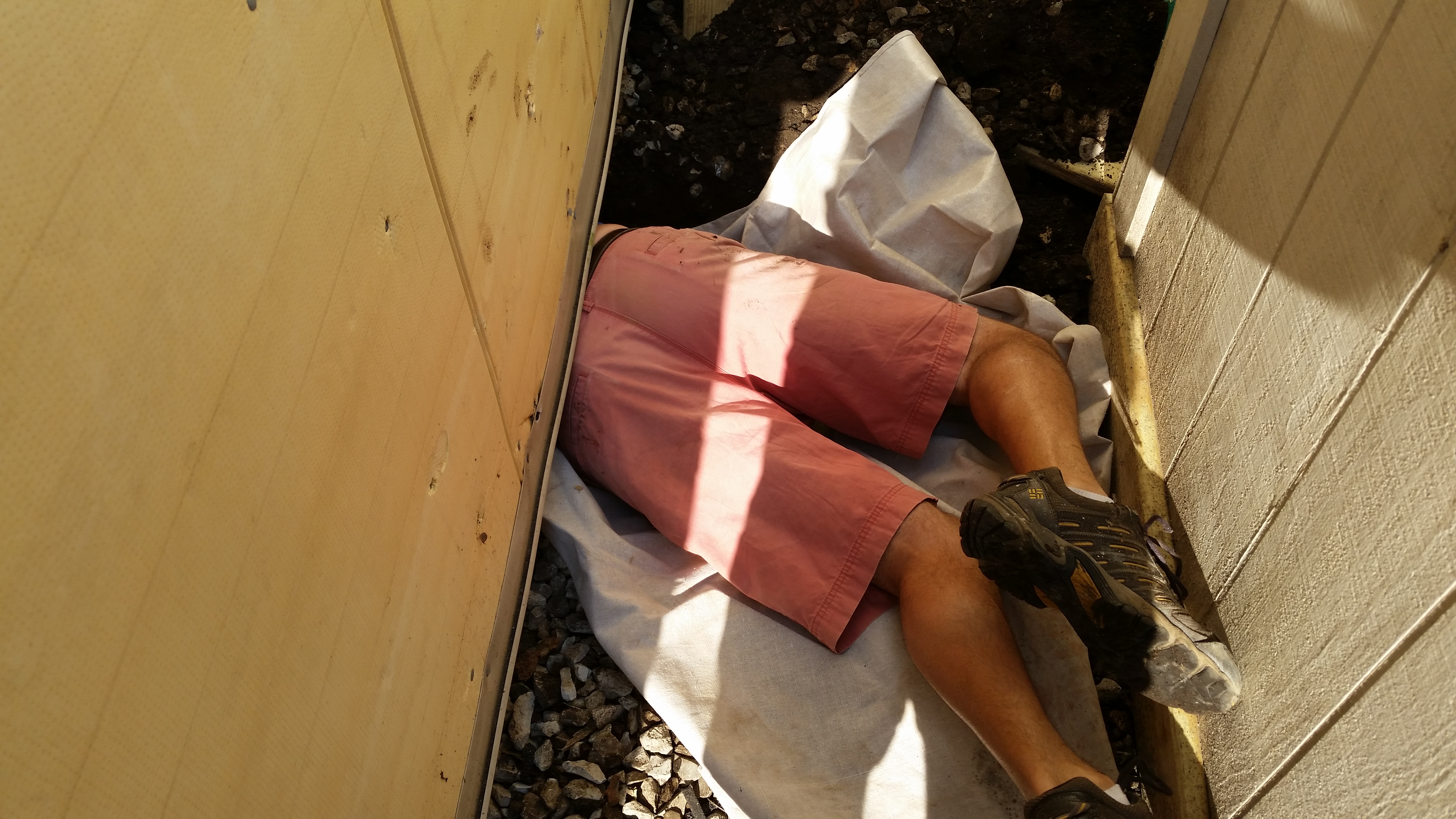 We have been on many dead animal calls of animals dying underneath the house. Michigan basement and mobile homes are usually the calls we go on for dead animals. When the homeowner tells us they have a dead animal under the home we know we are in for a real tough job. Suit up with disposable paint suit, put on work gloves, strap on the respirator, and put the goggles on because we're going in. Crawling underneath houses and mobile homes is a very dirty job, but one that needs to be done. Once we locate the animal we can bag it up and take it out. We once got a call for a dead animal and it turned out to be a dead coyote underneath a bay window. This made the entire home smell.

Removing the critter is only half the battle. Clean-up and decontamination is necessary to complete the job. Once we get rid of the problem dead animal we finish the job by cleaning up the area it died in and?spraying?an Odoban or Ozium for?disinfecting?and odor control . We often can use a?fogger?to cover your entire attic. Spot cleaning is an alternative to get rid of fowell odors and sanitation, but a lot of the time we complete a?full clean up?to make sure the attic is safe and up to date.